Santragachi – refuge of a thousand birds!

In the winter months, December to early February, thousands of migratory birds come to visit the Santragachi Lake in Howrah, West Bengal. The swinhoe’s snipe, the fulvous whistling duck and the northern pintail are few of the many species that are drawn to the wetland every winter, whereas birds such as jacanas and bitterns are permanent residents of the lake, spread over 1375000 sq ft. - area equivalent to around 28 football fields! 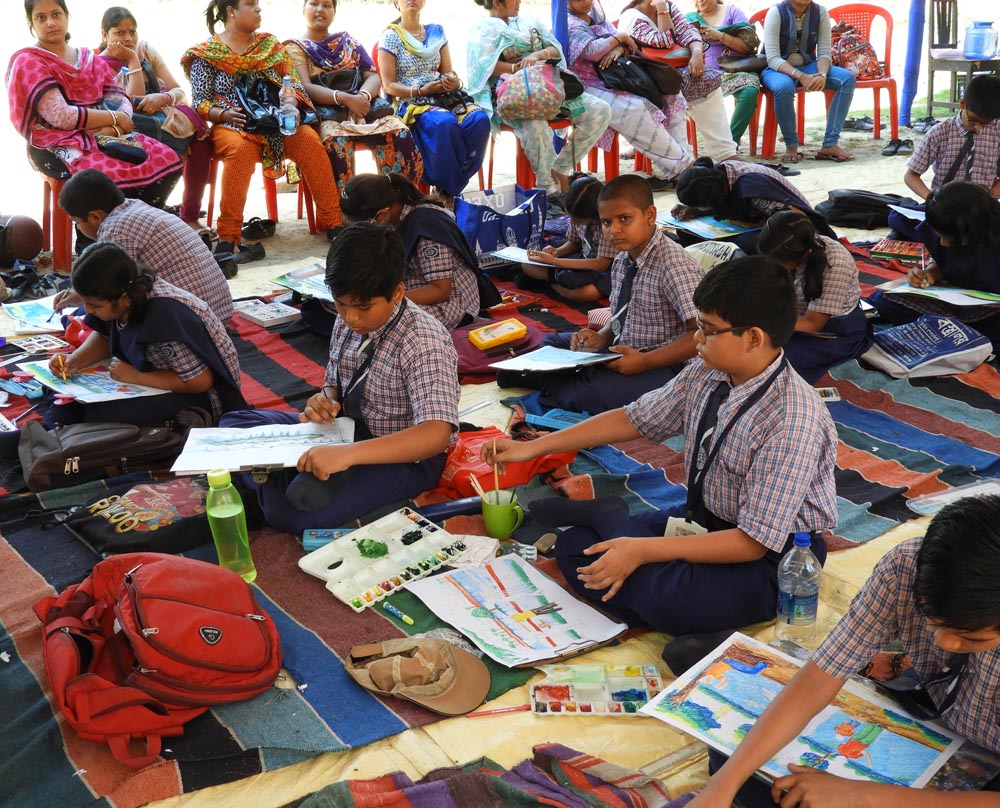 However, bigger than the lake are the problems that it faces presently. Sewage from the Howrah Township is directed to flow into the wetland, once an important source of water, livelihood for people and home to several species of birds, plants and animals. The quickly changing physiochemical properties of water in the lake is gradually leading to changes in the environment, making the lake uninhabitable for the resident species and less than welcome for the visiting ones.

To begin a process to reverse this situation, WWF-India, under the Water Tales Campaign, took up the task of cleaning the lake by involving communities and authorities. The activations were done in the months of January, February and March. A preliminary survey to assess the wastage and garbage load on the lake was conducted by the organisation, along with a water quality analysis that aimed at studying the grades and types of pollution affecting bird species. The campaign, that will run its second phase this year, got support from forest officials, municipality corporation, local governing bodies, and involvement from more than 350 people – shop owners, residents, students – in the Howrah area alone! With such support from the community, the organisation is now looking forward to organising awareness activities in collaboration with government officials and developing plans for effective waste disposal near the lake.

Click here to learn how you can be a part of the Water Tales campaign and help save a wetland near you.