For more than a hundred years, the Fox Sagar Lake has remained where it first sprung up - giving life to fish, birds and people – supporting them and sometimes their generations for entire lifetimes. But as the generations who once lived around the lake were giving way to younger ones, the greenery was turning to grey, with buildings and institutions sprouting up around the lake, replacing catchment areas and inhibiting rainwater flow into the lake. 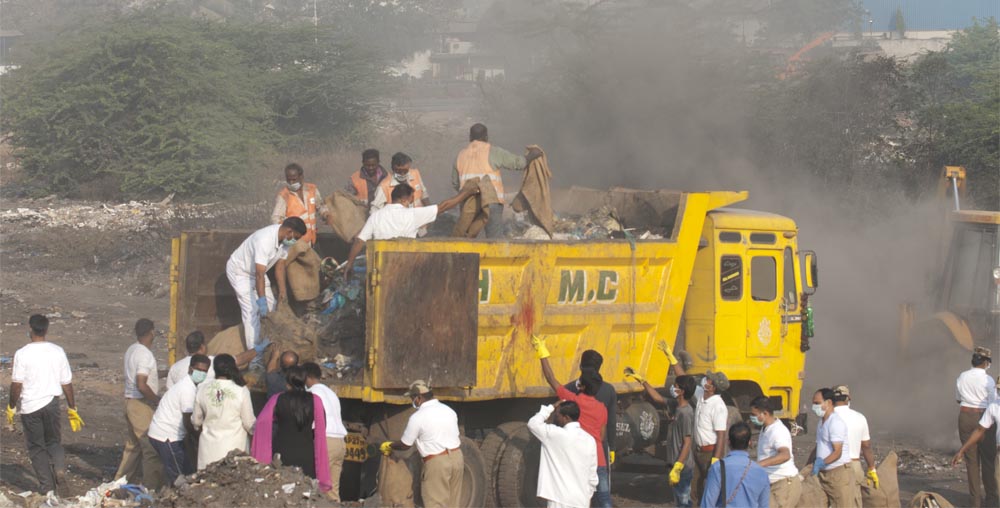 As industries flourished, the lake deteriorated. The more it deteriorated; the sooner people forgot its value. Fox Sagar is now a victim of negligence, apathy – used as a dumping ground for untreated waste. Somewhere in the middle stage of its life – the lake is becoming increasingly unhealthy but still stands capable of welcoming more than 93 species of aquatic and migratory birds, and of giving life to the species that live in/around it.

WWF-India, under its newly launched Water Tales campaign, is working to protect this lake. The task at hand – empowering fishermen to stop illegal activities such as dumping old fishing nets, generating awareness and organising clean up activities - is challenging but there is much hope as communities are joining in to save Fox Sagar. Beginning its work earlier this year, the environment organisation has been in touch with senior government officials, organising clean-up drives, studying the flora and fauna around the lake, measuring its water level and conducting soil and water analysis. An appeal for enforcement of strict laws, surveillance and monitoring has also been made by the organisation.

Moving forward, and during the next phase of the Water Tales campaign, WWF-India aims to take the message to every house-hold by organising a door-to-door campaign, involving more volunteers, organisations and communities. Planting native species and documenting the present biodiversity that the lake sustains is yet another area on which WWF-India will be working this year.

Click here to learn how you can help save wetlands such as the Fox Sagar.